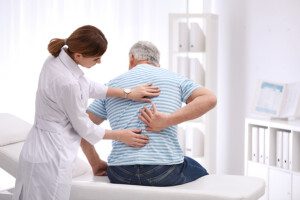 The long-term use of cannabis provides sustained improvements in patients suffering from chronic pain conditions, according to longitudinal data published in the journal Experimental and Clinical Psychopharmacology.

A team of investigators affiliated with Harvard Medical School and McLean Hospital in Boston evaluated the use of cannabis or CBD in chronic pain patients over a six-month period. Most participants in the study suffered from either musculoskeletal pain or neuropathy.

The researchers reported: “Relative to baseline, following 3 and 6 months of treatment, medical cannabis patients exhibited improvements in pain which were accompanied by improved sleep, mood, anxiety, and quality of life. … Reduced pain was associated with improvements in aspects of mood and anxiety.”

Authors also acknowledged that many subjects reduced their use of opioids over the trial period, though not to a degree that reached statistical significance. They concluded, “ these findings are promising, as they underscore previous survey studies also reporting the reduced use of conventional medications, specifically opioids, following the initiation of medical cannabis treatment.”

Additionally, researchers reported that patients with similar pain conditions who did not initiate medical cannabis therapy over the study period “did not reveal a similar pattern of improvement as the medical cannabis patients on measures of pain or clinical measures between baseline and follow-up.”

The authors also concluded: “Findings suggest that medical cannabis may be an effective adjunctive therapeutic strategy for chronic pain and related symptoms for at least a subset of patients. Future studies are needed to gather data which could ultimately help physicians make specific recommendations regarding MC treatment regimens optimized for pain relief.”

Patients in the United States seeking medical cannabis recommendations are most likely to report suffering from chronic pain, according to an analysis published in February in the Journal of Cannabis Research.

As the evidence continues to mount for the alleviation of chronic pain with the use of CBD or medical cannabis, the amount of scrutiny being directed at the CBD industry continues to increase, as it becomes a billion dollar industry worldwide.